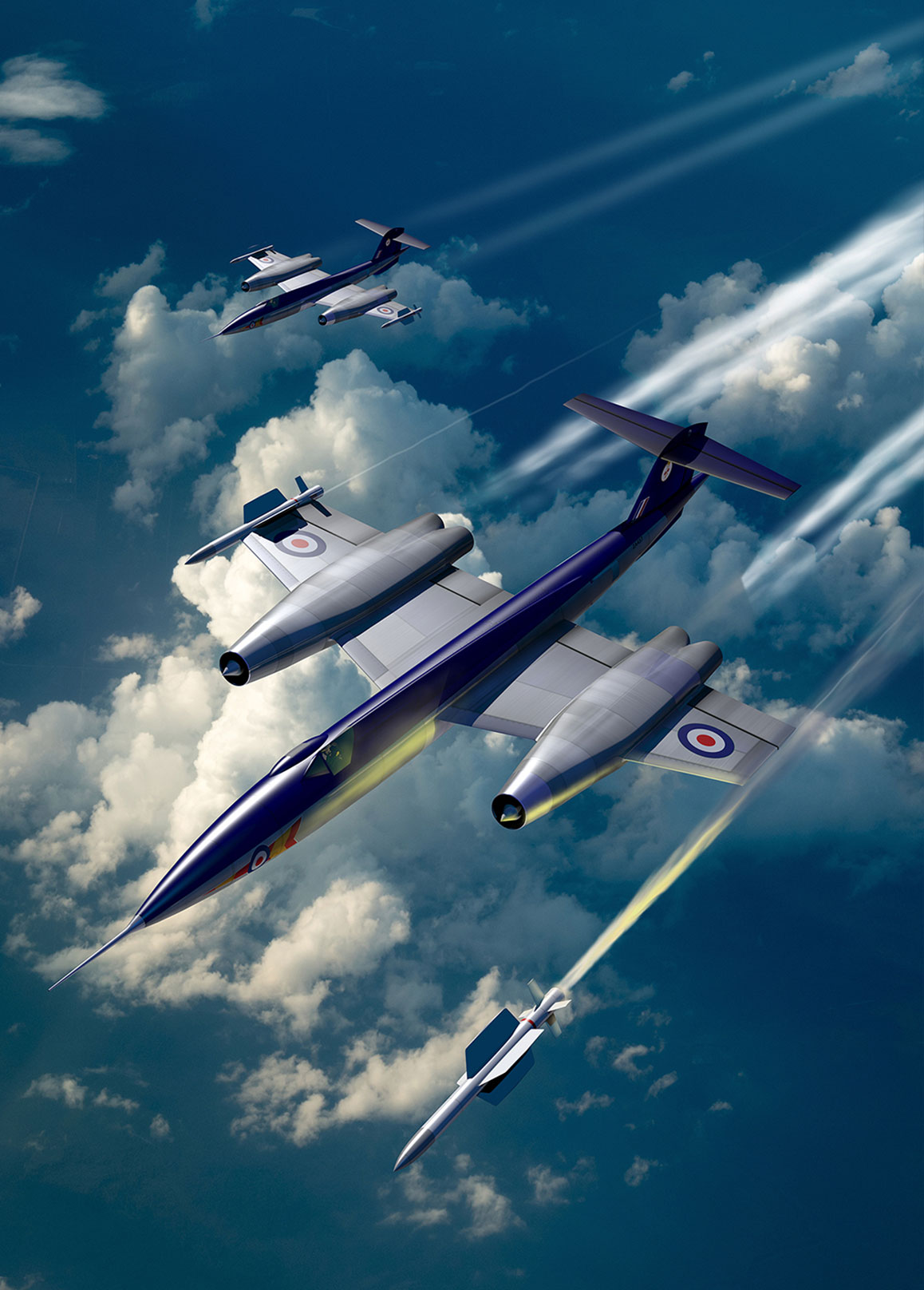 Its layout had origins in the earlier research-minded AW.166 which helped to evolve the initiative. The resulting design utilized a super-slim, dart-like fuselage to contain the radar fit in the nose, a twin-seat, side-by-side cockpit emplacement, avionics, and fuel stores. The cockpit split the crew members by having only the pilot under the lightly-framed canopy seated towards port side and the radar operator buried (slightly lower) within the fuselage along starboard (under a shallow blister-style covering).

The ultra-thin wing mainplanes were swept back at the leading edges and straight at the trailing edges with clipped wingtips. These members were further shoulder-mounted along the fuselage sides and positioned at midships. Passing through each member at their respective midway point was a “paired” engine nacelle utilizing a single aspiration point (complete with variable-depth, high-speed shock cone) at front and split exhaust ports at rear. The nacelles extended well-ahead of the wing leading edges.

The tail unit would rely on a single vertical fin supporting high-mounted, all-moving horizontal planes. For ground-running, a short-legged conventional, retractable tricycle arrangement would be featured. Construction would incorporate lightweight, though strong, alloys.

The interceptor’s weapon loadout was to be 2 x Air-to-Air Missiles (AAMs), one seated at each wingtip. This would be used in conjunction with the nose-mounted radar fit and onboard crew-managed systems to create a potent ranged counter for Soviet bombers.