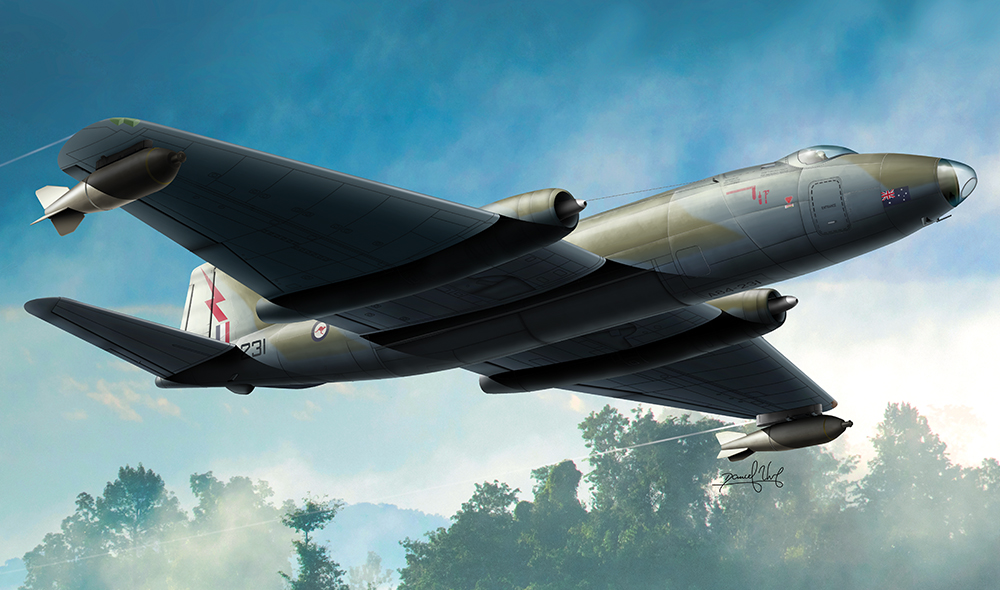 In February 1951, a Canberra set another world record when it became the first jet aircraft to make a non-stop transatlantic flight. Throughout most of the 1950s, the Canberra could fly at a higher altitude than any other aircraft in the world and in 1957, a Canberra established a world altitude record of 70,310 feet (21,430 m). Due to its ability to evade the early jet interceptor aircraft and its significant performance advancement over contemporary piston-engined bombers, the Canberra became a popular aircraft on the export market, being procured for service in the air forces of many nations both inside and outside of the Commonwealth of Nations. The type was also licence-produced in Australia by the Government Aircraft Factories and in the US by Martin as the B-57 Canberra. The latter produced both the slightly modified B-57A Canberra and the significantly updated B-57B.