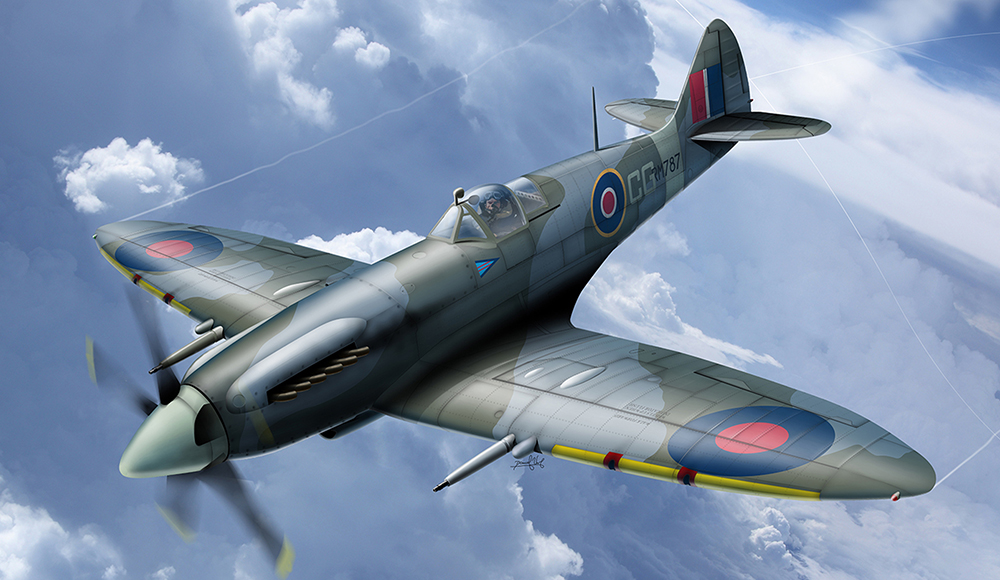 The Rolls-Royce Griffon engine was designed in answer to Royal Naval specifications for an engine capable of generating good power at low altitudes. Concepts for adapting the Spitfire to take the new engine had begun as far back as October 1939; Joseph Smith felt that “The good big ‘un will eventually beat the good little ‘un.” and Ernest Hives of Rolls-Royce thought that the Griffon would be “a second power string for the Spitfire”. The first of the Griffon-engined Spitfires flew on 27 November 1941.

Although the Griffon-engined Spitfires were never produced in the large numbers of the Merlin-engined variants they were an important part of the Spitfire family, and in their later versions kept the Spitfire at the forefront of piston-engined fighter development. This article describes the Griffon-powered Spitfire variants.