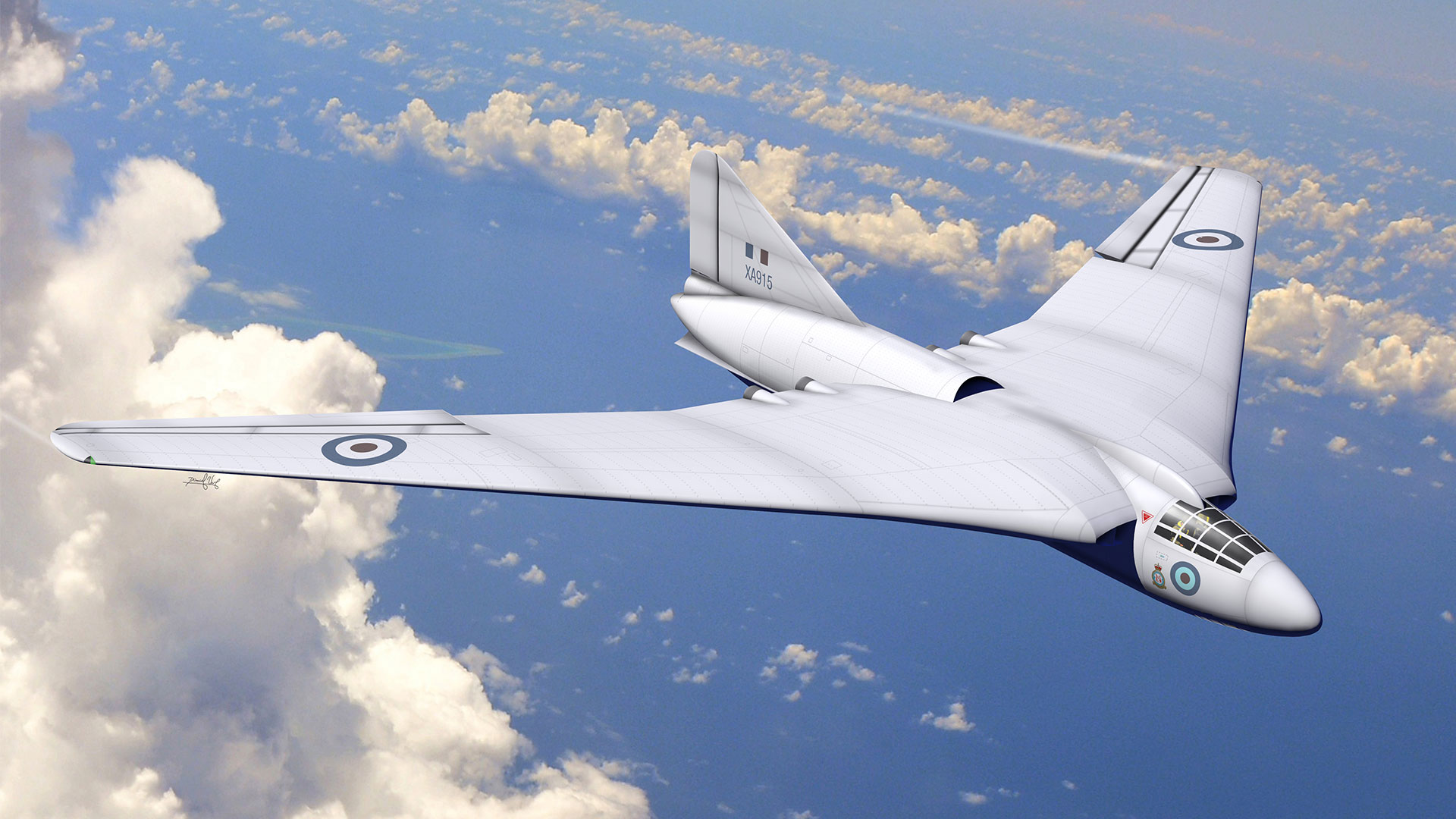 Armstrong Whitworth submitted its “AW.56” proposal against Operation Requirement (O.R.) 229 under specification B.35/46. The requirement ultimately called for a swept-wing, jet-powered medium-class bomber fitting four turbojet engines and having a speed of no less than 575 miles-per-hour, able to reach an altitude of 55,000 feet. The requirement was eventually filled by the classic Avro “Vulcan” and Handley Page “Victor” bombers and, together with the Vickers “Valliant”, the trio went on to form the potent “V-bomber” nuclear-capable force for the British Royal Air Force (RAF) force covering decades of service during the Cold War period (1947-1991).

The proposed AW.56 was not advanced beyond its paper stage.

The requirement arose in the immediate post-World War 2 period which saw a war-weary world progressing towards an unsettled peace. The turbojet engine was the way of the future concerning combat warplanes and designs were being thrown about, centered on all-new concepts of faster aircraft flying higher than ever before. With the Soviet Union having now become the new “enemy-of-the-day” for the West, high-flying bombers were in great demand – particularly those capable of hauling nuclear loads over distance.

The AW.56, as it appeared in 1946, was designed largely around a “flying wing” configuration in which the mainplane’s wing surface area provided strong inherent lifting properties and extended operational ranges while also supplying more internal volume. This also allowed an unconventional tail unit to be used – in this case a single vertical fin with no horizontal planes as part of its makeup. To this point, large flying wing designs were not all that proven, particularly those being jet-powered and capable of achieving high Mach numbers in flight.