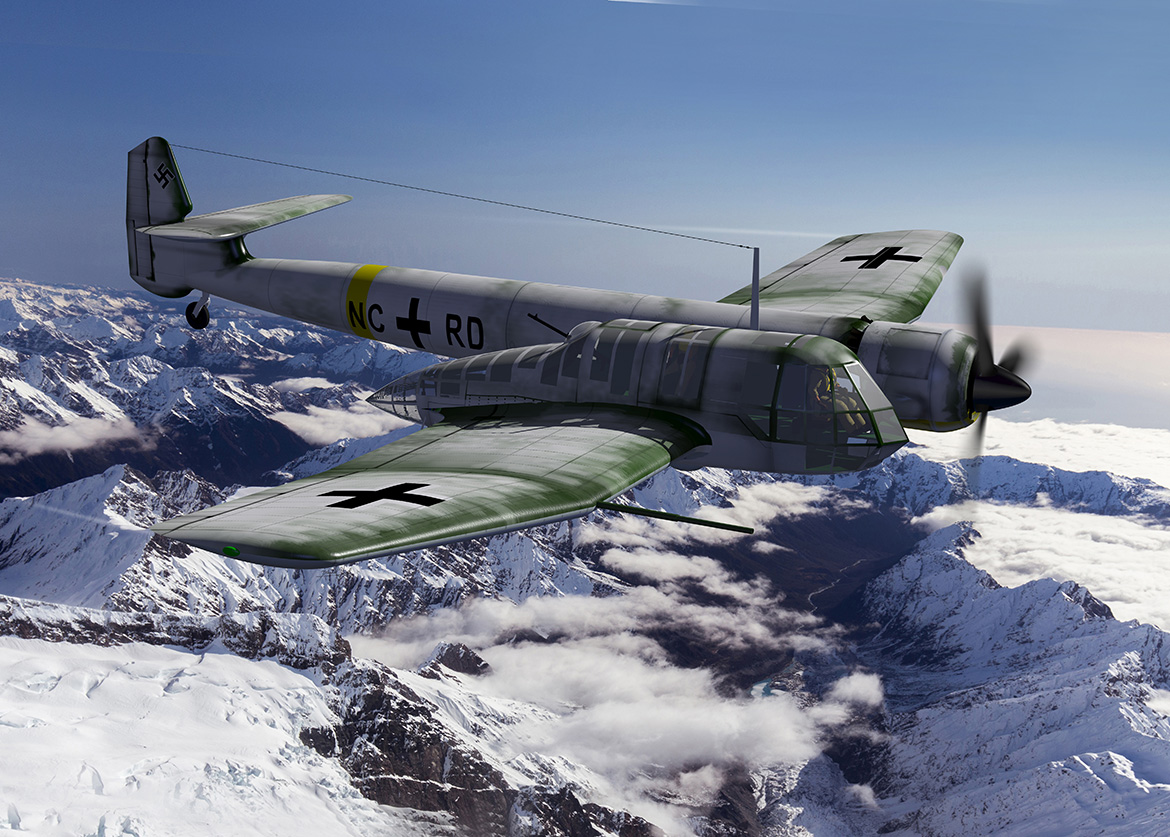 The Blohm & Voss BV 141 was a World War II German tactical reconnaissance aircraft. It is notable for its uncommon structural asymmetry. Although the Blohm & Voss BV 141 performed well, it was never ordered into full-scale production, for reasons that included the unavailability of the preferred engine and competition from another tactical reconnaissance aircraft, the Focke-Wulf Fw 189.

In 1937, the German Air Ministry – the Reichsluftfahrtministerium (RLM) – issued a specification for a single-engine reconnaissance aircraft with optimal visual characteristics. The preferred contractor was Arado with the Ar 198, but the prototype proved unsuccessful. The eventual winner was the Focke-Wulf Fw 189 Uhu; even though its twin-boom design using two smaller engines did not match the requirement of a single engined aircraft. Blohm & Voss (Hamburger Flugzeugbau) although not invited to participate, pursued as a private venture something far more radical. The proposal of chief designer Dr. Richard Vogt was the uniquely asymmetric BV 141.

Three prototypes and an evaluation batch of five BV 141As were produced, backed personally by Ernst Udet, but the RLM decided on 4 April 1940 that they were underpowered, although it was also noted they otherwise exceeded the requirements. By the time a batch of 12 BV 141Bs were built with the more powerful BMW 801 engines, they were too late to make an impression, as RLM already decided to put the Fw 189 into production. Indeed, an urgent need for BMW 801 engines for use in the Fw 190 fighter aircraft reduced the chance of the BV 141B being produced in quantity.

Vogt came up with several other asymmetric designs, including the piston-jet P.194.01, but none of those were actually built.

Several wrecked BV 141s were found by advancing Allied forces. One was captured by British forces and sent to England for examination. No examples survive today.