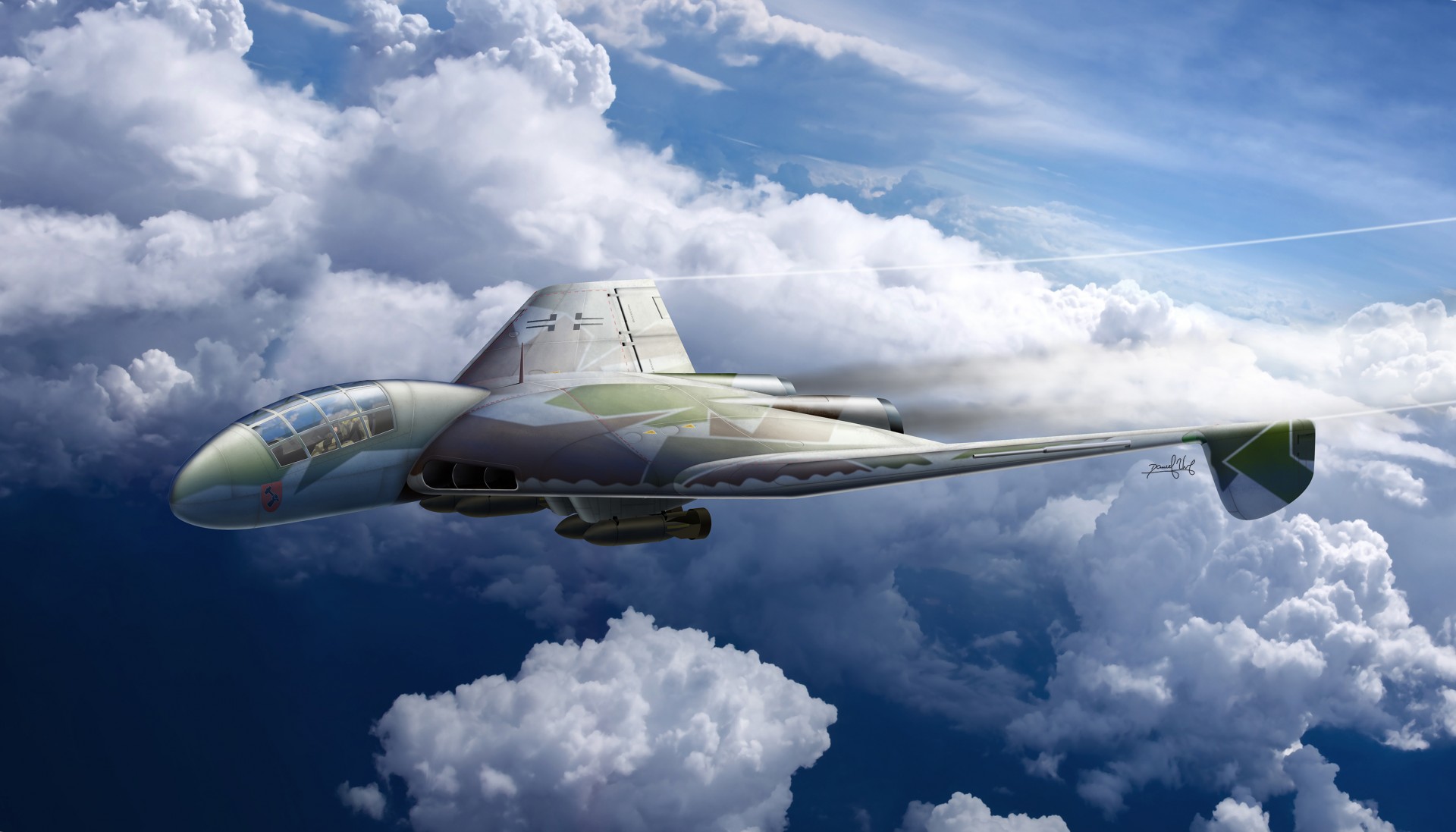 In 1944, Focke-Wulf created three designs  for a bomber using two Heinkel-Hirth He S 011 turbojets. These bombers were known under the name of the 1000x1000x1000 Bomber-Projekt and were under the direction of Dipl.-Ing. H. von Halem and D. Küchemann. The designation meant that the aircraft could carry a 1000 kg (2205 lbs) bomb load 1000 km (621 miles) and fly at 1000 km/h (621 mph).
The second design under the design number 031 0239/10 was for a flying wing layout. There was a small fuselage which contained the cockpit and forward landing gear. The wing was swept back at 35 degrees and the fuel load in flexible tanks was carried ahead of the main wing spar. The engines and main landing gear were located behind the main wing spar. Two Heinkel-Hirth He S 011 jet engines each developing 1300 kg (2866 lbs) of thrust were fed by air intakes located in the wing leading edge near the wing roots.  The wing tips were bent downwards to act as vertical stabilizers and contained small rudders.  The ailerons also served as elevators and in addition small deflectors were mounted within the jet exhaust, one of the first uses of thrust vectoring.  The main landing gear retracted inwards and the nose gear swung up and forward. A single pilot sat in the extensively glazed cockpit located in the extreme nose, and no armament was planned at this stage in the development. A 1000 kg (2205 lbs) bomb load could be carried in the internal bomb bay located in the center wing.
Since these designs would have taken several years to complete, the end of the war ended all development.