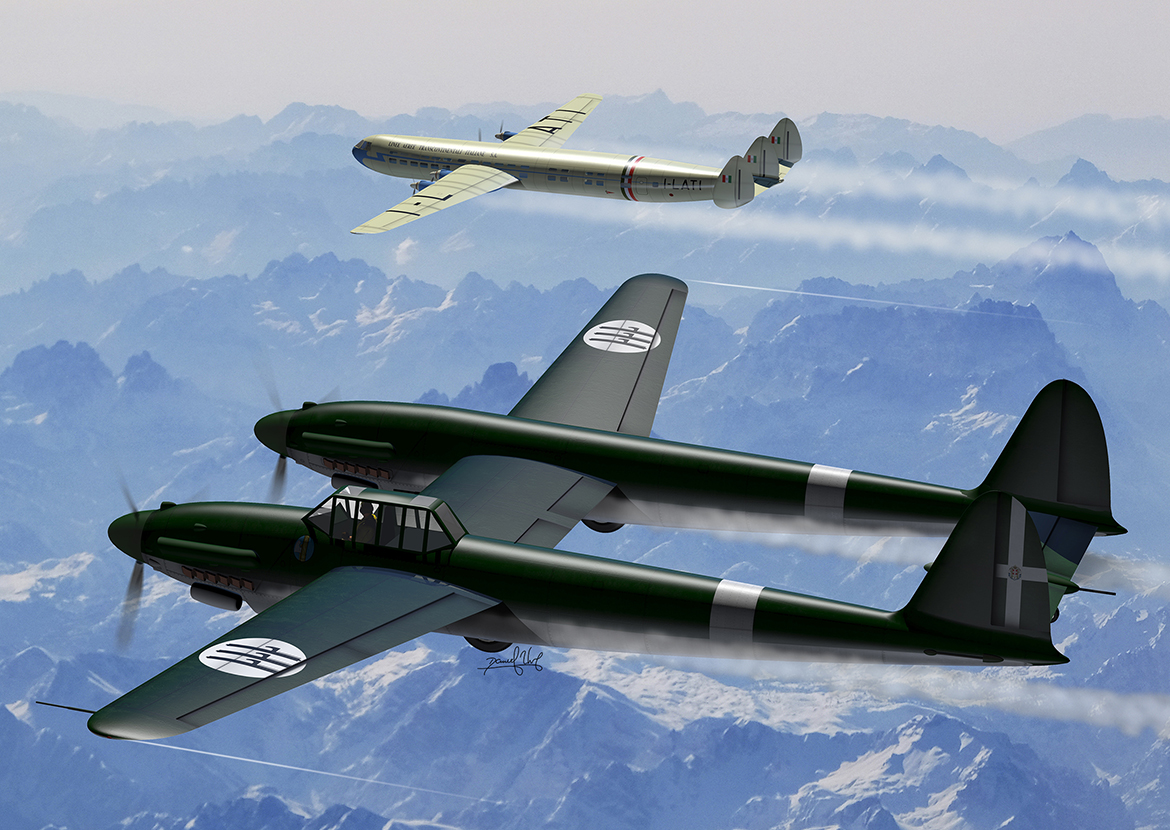 Armament consisted of three 20 mm MG 151 cannon, two in the mid-wing and one in the right fuselage, and five 12.7 mm machine guns, two under each engine, and one remotely controlled in the tail. A bombload of up to 2,000 kg (4,400 lb) could be carried under the inner wing, and 160 kg (350 lb) bombs were carried under the outer wings.

During development the maximum speed was increased, but it still did not meet requirements. It had a complex and advanced structure which contributed to difficulties in producing a working prototype. The prototype MM.531 flew for the first time in October 1943 and logged over 21 hours of flight time.

In March 1944 it was mistaken for a P-38 Lightning and attacked by a Macchi C.205. The aircraft survived by performing evasive manoeuvres, but it was so badly damaged that it was grounded for months. The SM.92 was destroyed by Allied bombing in 1944.

The P. 127 was started during wartime as possible long range transport aircraft especially for civil role (in that sense it could be a concurrent of both CANT Z-511 and BZ 308).

The P.127C was projected to have a wingspan with 56m, the max weight of 56,000 kg, 6 x 2000 hp engines, 2 in the outer wings alone, and 4 paired (2 per each wing) moving counter-rotating propellers. The engine should probably the Piaggio P. XVI or XIX radial ones ranging from 1.700 to 2.000 CV
The P.127C could transport 40 passengers over the Atlantic and it was pressurized. The fuselage had a peculiar shape named “avion marin” designed like a ship’s bottom in order to ease an eventual off nominal sea landing.