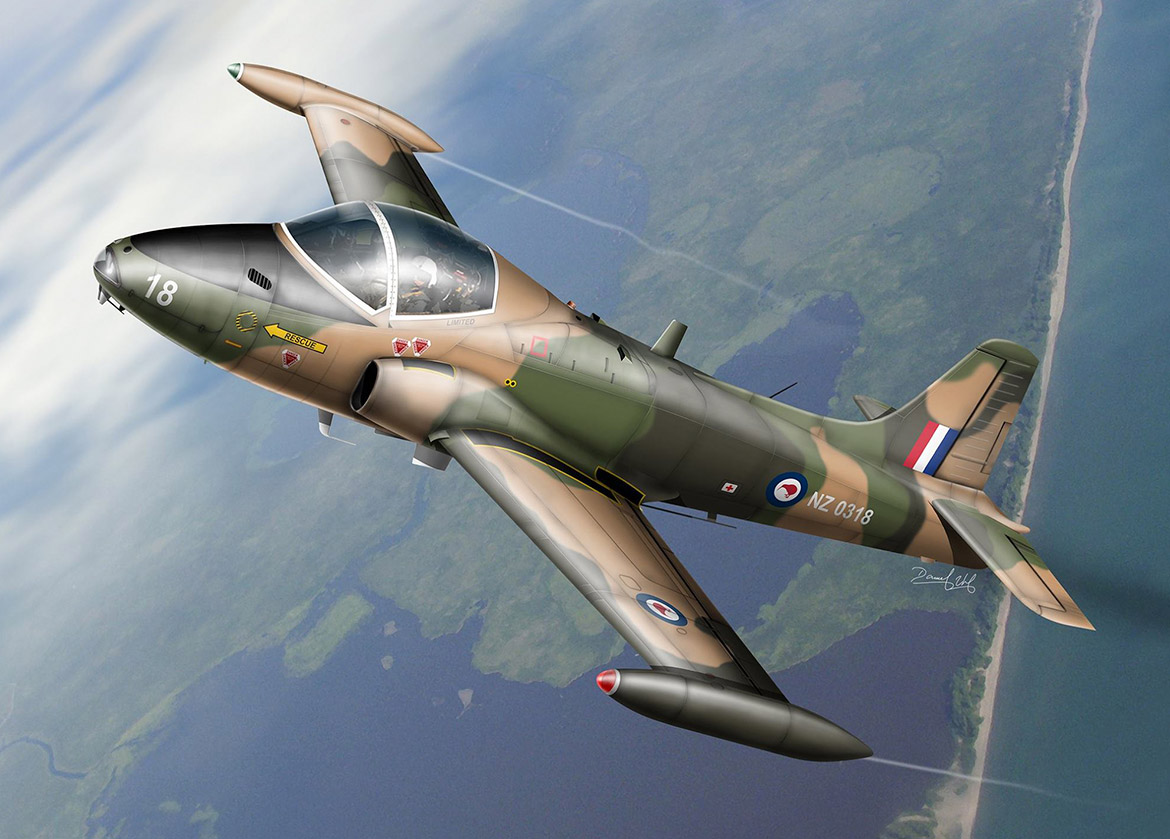 The BAC 167 Strikemaster is a British jet-powered training and light attack aircraft. It was a development of the Hunting Jet Provost trainer, itself a jet engined version of the Percival Provost, which originally flew in 1950 with a radial piston engine.

The BAC 167 Strikemaster is essentially an armed version of the Jet Provost T Mk 5; the Strikemaster was modified with an uprated engine, wing hardpoints capable of carrying 4 500 pound Mk82 bombs, two machine guns under the intakes, uprated flap system with two jacks, larger airbrake jacks, new communication and navigation gear, different electrical system, canopy breakers on the ejection seats, and a revised fuel system including tip tanks on the wing tips.[2] First flown in 1967, the aircraft was marketed as a light attack or counter-insurgency aircraft, but most large-scale purchasers were air forces wanting an advanced trainer, although Ecuador, Oman and Yemen have used their aircraft in combat. A total of 146 were built.