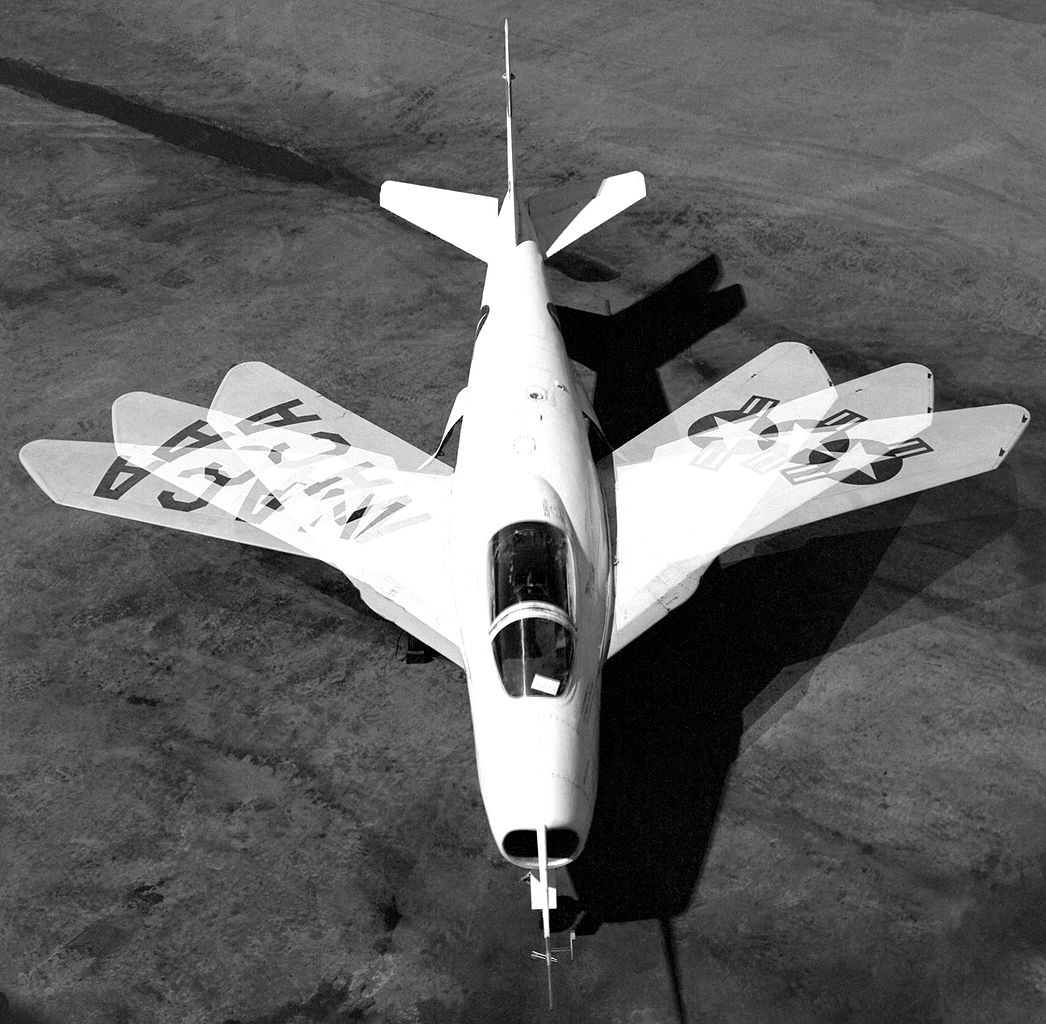 A variable-sweep wing, colloquially known as a “swing wing”, is an airplane wing, or set of wings, that may be swept back and then returned to its original position during flight. It allows the aircraft’s shape to be modified in flight, and is therefore an example of a variable-geometry aircraft.

Typically, a swept wing is more suitable for high speeds, while an unswept wing is suitable for lower speeds, allowing the aircraft to carry more fuel and/or payload, as well as improving field performance. A variable-sweep wing allows a pilot to select the correct wing configuration for the plane’s intended speed. The variable-sweep wing is most useful for those aircraft that are expected to function at both low and high speed, and for this reason it has been used primarily in military aircraft.

A number of successful and experimental designs were introduced from the 1940s into the 1970s; however, the recent advances in flight control technology and structural materials have allowed designers to closely tailor the aerodynamics and structure of aircraft, removing the need for variable geometry to achieve the required

In 1931 a Westland-Hill Pterodactyl IV , a tailless design whose lightly swept wings could vary their sweep through a small angle during flight. This allowed longitudinal trim in the absence of a separate horizontal stabiliser.

Later, experimental aircraft were built to study the effects of a simple swept wing. The first of these was theMesserschmitt Me P.1101 whose sweep angle could be changed on the ground. World War II in Europe ended before the P.1101 could be completed.

Soon afterwards, the P.1101 was taken to the United States for study at Bell Aircraft, but because of missing documentation and structural damage, Bell decided against completing it. Instead, a close copy was constructed which featured wings that could adjust sweep angle in flight. One problem discovered while testing the Bell X-5 was that as the wing pivoted rearward, the lift vector also moved to the rear, pushing the nose down. A system to compensate for this basic effect had to be added for any such design to be viable. (wikipedia)